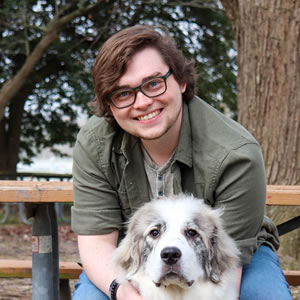 Brendan was born in Trenton, New Jersey but moved to Leonardtown, Maryland shortly after. He grew up in a pet friendly home of varying animals. Over the years his family has always had dogs (2 at any given time, usually goldens). In between they've had rabbits, Guinea pigs, gold fish, Betta fish, rats and at one point a Gargoyle gecko. Currently, he has a Maine Coon named Rocky, a Golden Retriever named Chewie, and a Great Pyrenees named Maggie. Having worked on a horse farm he is comfortable and capable working with animals both large and small. He joined Trails End in November 2018 and covers the Leonardtown area.