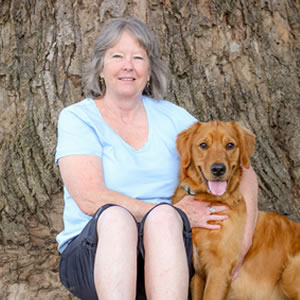 Gail began her journey caring for animals as a young girl living in Springfield, Virginia with cats and dogs. Her first rescue experience occurred when her father started tearing down an old brick wall and she found 5 Eastern Garter Snakes trying to find a place to hide. At the age of ten, she captured the snakes and relocated them to a safer area in the backyard woods.

In the early ‘90s she began volunteering for animal rescues and fostered many animals. After retiring in 2011 from the corporate world, she purchased Trails End Pet Sitting from its original owner. She currently has one Golden Retriever, Gigi, who she adopted as a rehoming situation and one cat, Maverick. Gail has been a pet sitter since 2012 and has obtained Pet First Aid and CPR certification and is a Certified Professional Pet Sitter.

She mainly covers the Mechanicsville area but also runs the Cat Lodge for Trails End!