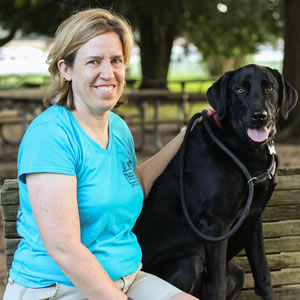 Sarah grew up in Columbus, Ohio and always had cats from a young age. Dogs did not enter the picture until her high school years. After college, she adopted two kittens, followed by a puppy a few years later. Sarah moved to Southern Maryland in 2002 with the cats and dog. She now has a young black Labrador retriever, Shea and two young cats, Cobalt and Tobias as well as two fish tanks and a guinea pig, Night. Sarah began pet sitting for Trails End in August 2017 and primarily covers the northern part of St. Mary’s County.